cstat 1024 is supposed to enable TSPR_FLAGS_DRAW_LAST, meaning that with two overlapping sprites, the one with the flag set should be drawn over the one that doesn't have the flag. (correct me if this is wrong.)

As of commit 9a2a8c3e , sprites that overlap now produce an interlacing effect, where both sprites are partially drawn over each other. Note that this effect is much more noticeable ingame as the interlacing rapidly flickers over the sprite: 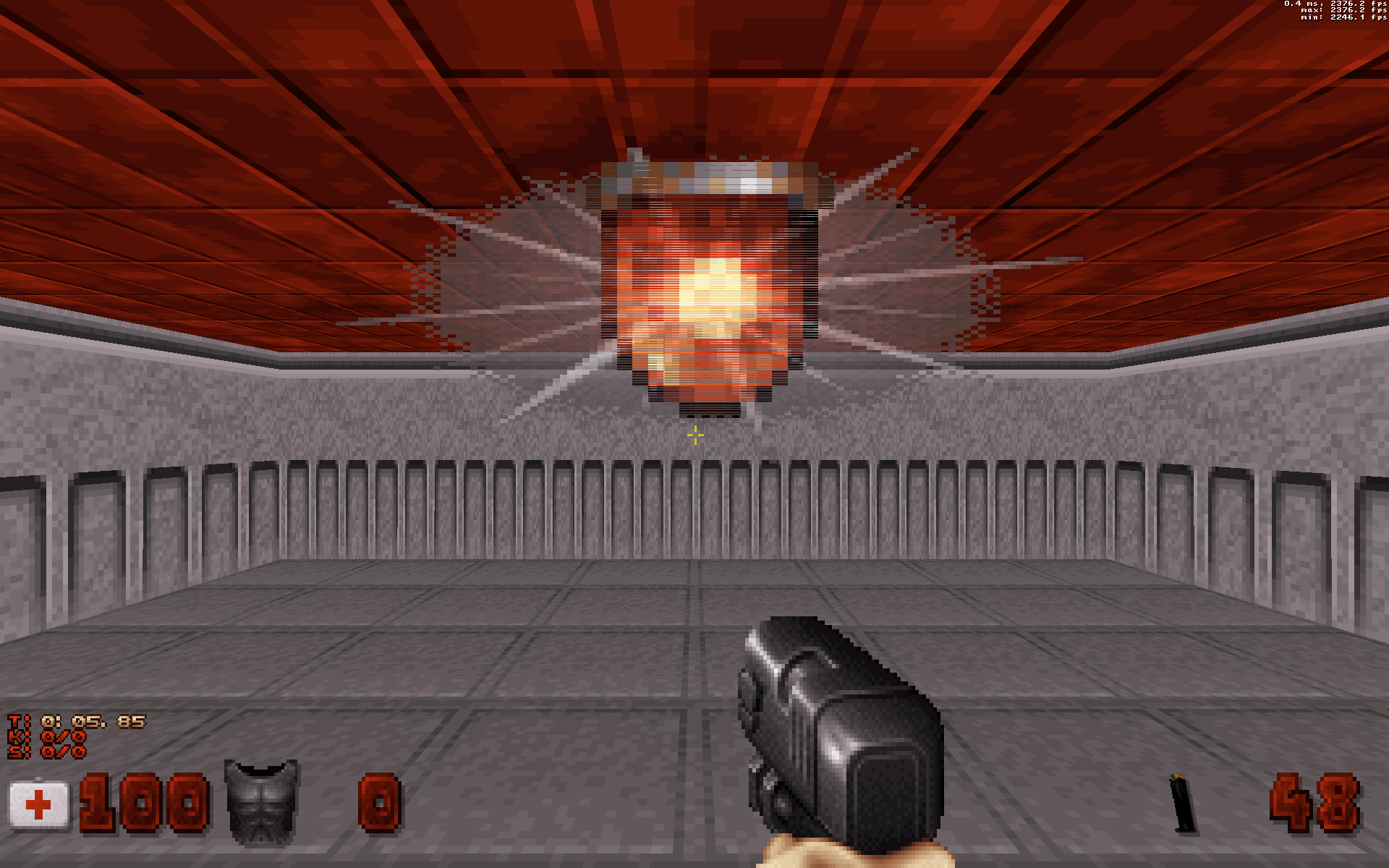 In older versions this worked correctly, with no visual artifacts: 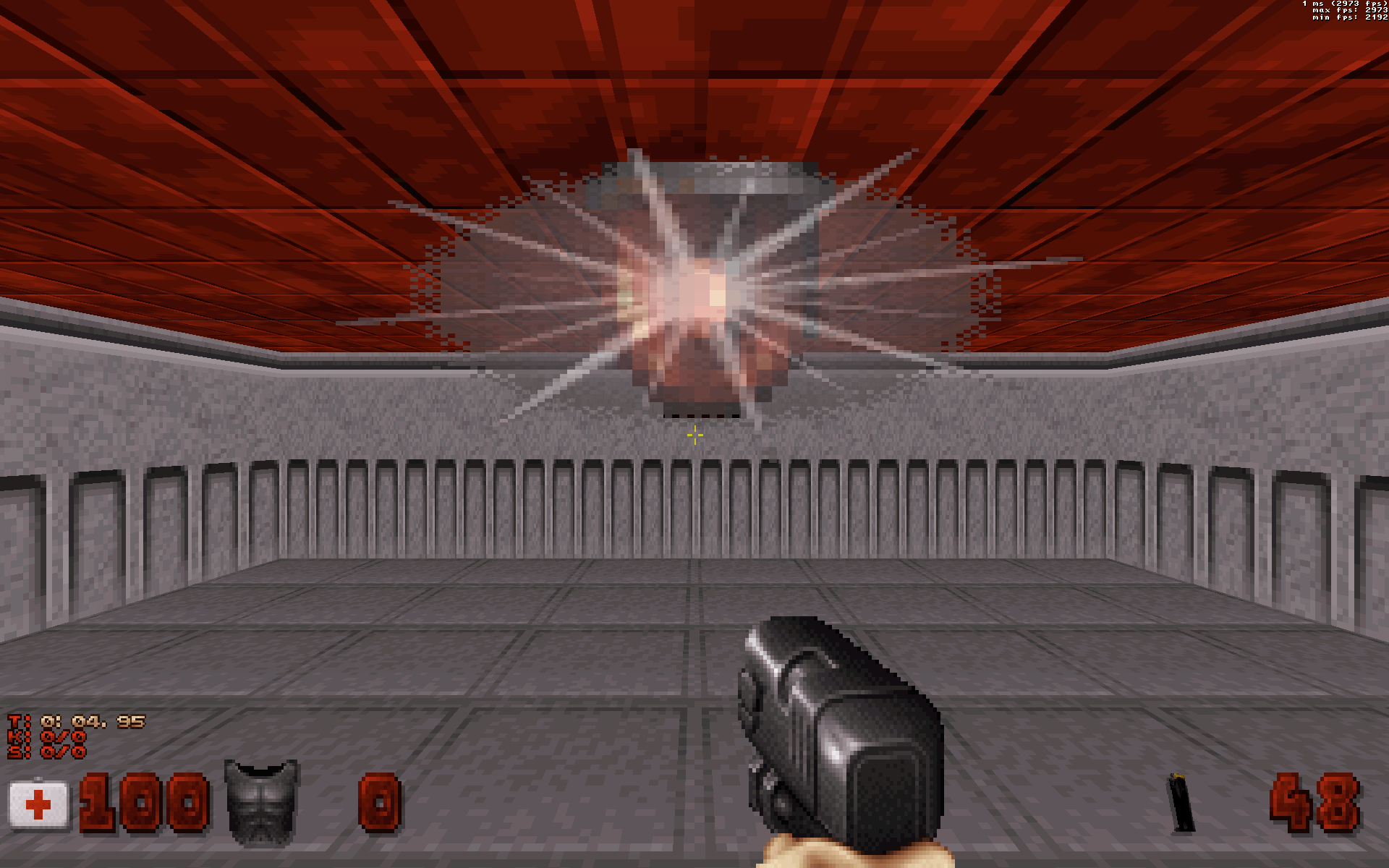 Here's a test map and CON file to test the effect: cstat1024_test.zip