Duke3D: Very strange elevator bug in E3L6 of "The Gate" due to Activator/Master Switch changes

In E3L6 of "The Gate" you start on a small elevator platform that moves up and two rotating doors are supposed to immediately open. Starting with commit 33d4dc3d, they do not do this anymore. Instead what happens if that Duke floats up in the air slightly above the platform.

Taking a look at the level in mapster32, we find the following: (simplified) 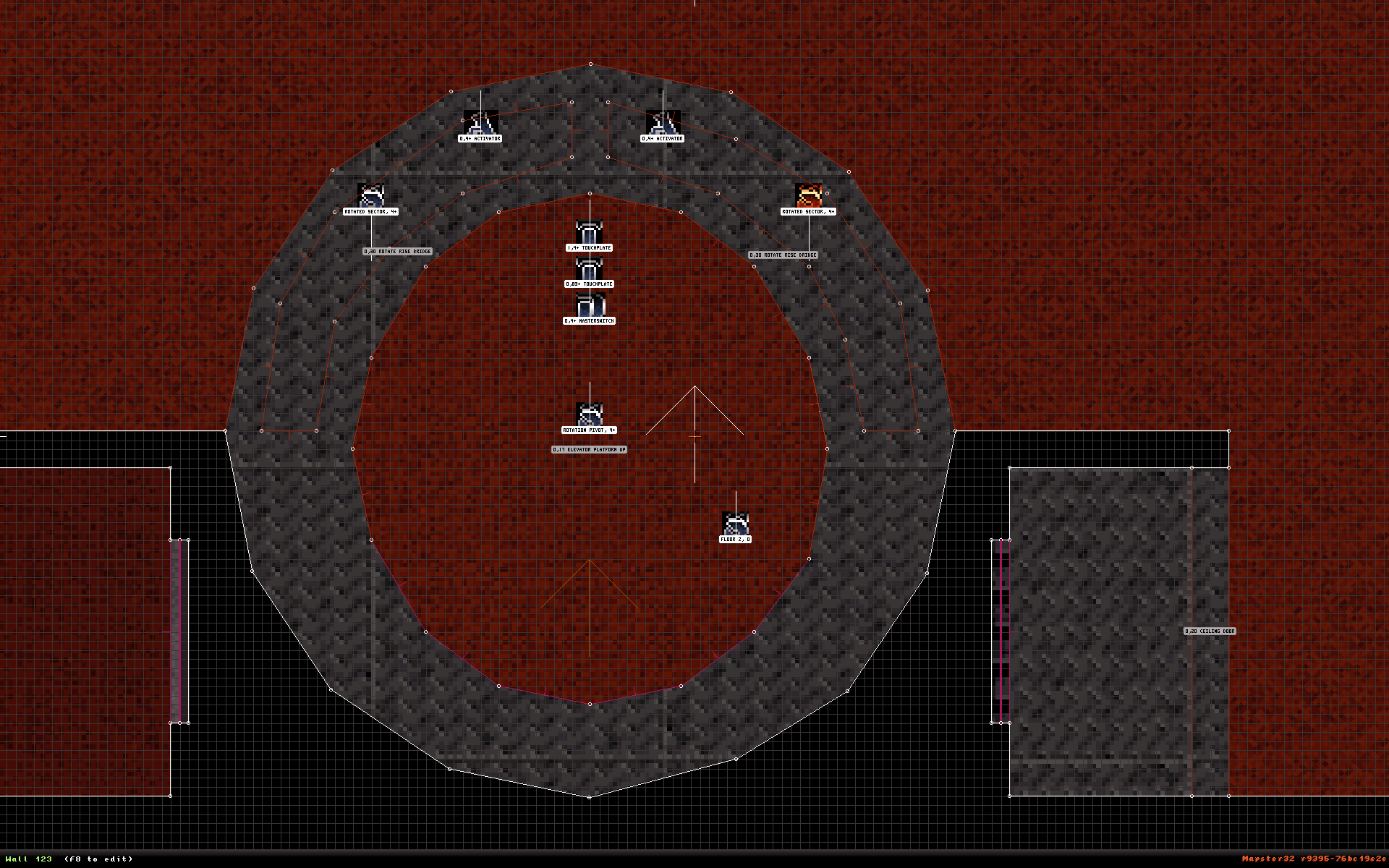 The elevator has lotag 17 set, as such it moves upwards when the player hits the touchplate. At the same time, there is also a Floor Z SE31 there, which will also activate as the touchplate is hit. Prior to 33d4dc3d this resulted in a fast rising elevator, now it rises but then glitches out Duke's z position. Additionally, the touchplate intended to rotate the doors no longer triggers.

Interestingly, everything works fine if the player starts above the floor -- but if he starts on the floor instead of in the air, the glitch occurs. Altogether it seems like a ridiculous combination of edge cases that combined into the bug we see, and it just so happens to be part of a popular mapset...

Here's a test map with the problematic section: broken_elevator.map